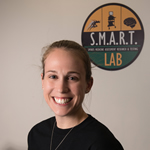 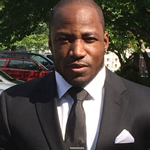 Oladipo Eddo earned his B.S. in Kinesiology from George Mason University; an M.Sc. in Exercise Fitness and Health Promotion with a concentration in biomechanics in 2014. He is currently completing his doctoral studies in education at George Mason University with a concentration in Exercise Fitness and Health Promotion. Oladipo’s area of research is lower extremity mechanics in relation to injury prevention. Projects Oladipo has been involved in, include the use of ultrasound to quantify muscle dynamics during gait, and gait retraining related research in the knee osteoarthritis population. He is in the process of completing research to be submitted to refereed journals, and has presented regionally, and nationally at various conferences. 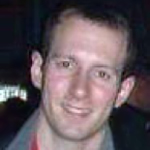 Matt is a doctoral student in the Sports Medicine, Assessment, Research, and Testing Lab at George Mason University. He is pursuing a Ph.D. with a specialization in Exercise, Fitness, and Health Promotion and is interested in the biomechanics of the lower extremity. In addition to a master's degree in exercise, fitness, and health promotion from George Mason University, Matt has a Master of Public Health (MPH) Degree and a master's of science in industrial and systems engineering from the University of Florida and a master's of engineering in mechanical and aerospace engineering from the University of Virginia. For his MPH degree he completed a study on the Epidemiology of Middle School Sports Injuries in collaboration with Nelson Cortes, Ph.D. and Shane Caswell, Ph.D. from George Mason University. He received a bachelor's degree in mathematical sciences from Virginia Commonwealth University where he was also a member of the track and field team. Matt was a member of four conference championship teams in men’s track and was an all-conference triple and high jumper as well as an IC4A qualifier. Prior to pursuing his doctoral study Matt was a Research Scientist for several non-profit organizations in the Washington, D.C. area that provided engineering and analysis to various federal agencies including the U.S. Air Force, U.S. Navy, Defense Advanced Research Projects Agency, National Aeronautics and Astronautics Association, Federal Aviation Administration, and the Defense Intelligence Agency. 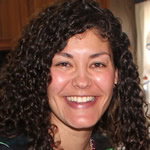 MSc., The University of Tennessee at Chattanooga

Jessica Pope earned her B.S. in Human Nutrition, Foods and Exercise and one in Business Management from Virginia Tech, and her M.S. in Health and Human Performance: Athletic Training from The University of Tennessee at Chattanooga. She is a certified athletic trainer and is currently enrolled in the doctorate program in Education with a concentration in Exercise, Fitness, and Health Promotion at George Mason University. 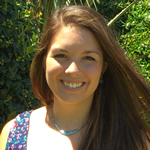 I received my Bachelor’s in Exercise Science from the University of West Florida as well as a Master’s degree in Community Health Promotion from the University of West Florida. During my undergraduate and graduate career, I worked as a certified personal trainer as well as in the University’s Biomechanics lab. My research interest is within the field of obesity co-morbidities, health promotion, and policy change. Hobbies: Traveling, lifting heavy(ish) weights, wine, and dogs. 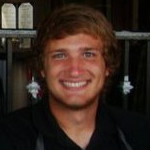 As a former collegiate soccer player, Stuart comes from a high-level training background. He was on the University of West Florida soccer team from 2010-2014 as a goalkeeper, then moved into a coaching role for the women’s team in 2015. Aside from collegiate athletics, Stuart played three seasons at a semi-professional level for Jacksonville United Football Club during their 2011-2013 seasons, playing the starting goalkeeper role during their 2011 national championship season. Now retired from competitive soccer, Stuart’s long term goal is to perform biomechanical research on athletes in an attempt to understand ways of creating better athletes and preventing future injuries.
Spirit Animal: Penguin 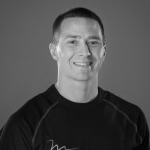 Richard started his fitness career 20 years ago in a small boxing gym in Savannah, GA. He fell in love with the aspect of personal training and has been doing it ever since. He played varsity football, soccer, baseball, and ran track in high school. He also played two years of DIII College Football at Maryville College in Tennessee. Richard received both his Bachelor’s degree in Kinesiology and his Master’s in Sport Management from Georgia Southern University. He joined the team at Campus Recreation and Intramurals where he became a Certified Strength & Conditioning Specialist. He enjoyed every sport that CRI had to offer and played on any and every intramural team that he could. He also played four years on the GSU men’s rugby team and completed his massage therapy program immediately after graduation. Richard is a first year PhD student at George Mason. He is interested in Strength & Conditioning research as well as vibration and alternative recovery modalities. He currently works as an indoor cycling instructor for Flywheel Sports in DC and as a Master Coach for FreeMotion Fitness. He lives in Centreville with his wife Jeannine and his two-year-old son Connor. 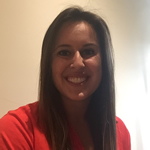 Jen completed her undergraduate degree at the University of Maryland in 2013 and received her B.S in Kinesiology. While she was a student, Jen began personal training and fell in love with fitness and nutrition. After graduation, Jen was a full-time Health and Wellness Specialist in a government agency, where she was responsible for teaching group exercise classes, personal training, facilitating lunch n' learns, creating wellness workshops, and nutrition consulting. Jen went on to receive her Masters degree from American University in 2016 in Health Promotion Management where she focused her research on sports nutrition. Jen's other main interest areas are exercise training modalities on body composition and strength, as well as overtraining in athletes. This is her first year in the PhD program.